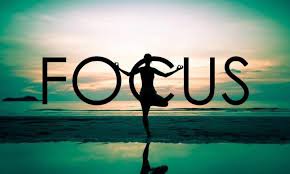 The practice of Living Yoga brings with it many physical and emotional benefits that the majority of people are unaware of. This article is quite long, so we have broken it up into two parts. The first part is an introduction to Yoga for Women and a overview of the major physical and psychological benefits of Yoga, while the second part shows how practicing yoga daily can have a profound effect on your ability to create a healthy lifestyle for yourself.

Yoga is a science; and indeed, in many places in the world (such as India), it is referred to as a science. This is not merely playing with words; it truly is approached as a science, which means that it is understood in terms of scientific methods.

Yogic science seeks to verify cause and effect, and build principles based upon objective observations. Indeed, in many places in the world, to be a yogic master of any credibility, one must be highly educated in the sciences, including physics and the biological sciences.

This discussion on yoga as science is important for us to include because it allows us to sensibly ask the question: what are the benefits of yoga? After all, if shakti yoga is a faith or a belief, then asking this question isn't fair; because it's one that yoga cannot answer in terms that we can objectively understand.

Yoga is a science; as empirical and pragmatic as kinesiology, or exercise science, which seeks to understand how the body acts and reacts to changes in the internal physical environment. And even more simply than any of this: each of us has a right to ask the basic question, "why should I bother practicing yoga and what experience or benefits can I expect?"

Indeed, while the experience of yoga cannot be reduced to words – just as reading a book on preparing for a marathon isn't going to actually physically prepare you to run a marathon – the goals and principles of yoga can easily be discussed.

"Meditation is used by people who are perfectly healthy as a means of stress reduction. But if you have a medical condition that's worsened by stress, you might find the practice valuable in reducing the stress-related effects of allergies, asthma, chronic pain and arthritis, among others."

Yoga involves a series of postures, during which you pay special attention to your breathing — exhaling during certain movements and inhaling with others. You can approach yoga as a way to promote physical flexibility, strength and endurance or as a way to enhance your spirituality. 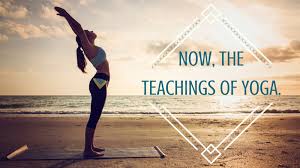 As noted above, Yoga also delivers an array of psychological benefits; and in fact, this is a very common reason why people begin practicing it in the first place. Perhaps the most frequently mentioned psychological benefit of yoga is an improved ability to manage stress. Yoga diminishes an individual’s levels of anxiety, depression, and lethargy; thus enabling him/her to focus on what’s spiritual and important: achieving balance and happiness.

In part II of the Benefit of Yoga we'll reveal how yoga can help deal with stress, unhealthy habits and pain management. The benefits of Yoga go far beyond meditation and stretching, it is a way to release those toxic emotions that tend to stand in the way of living a healthy life.

Yoga was developed in India at least three thousand years ago, and is a discipline that uses breath control, meditation and physical exercises. There are number of things about yoga that make it particular appealing, chiefly because it helps to promote mental and physical well being. The purpose of the philosophy and technique is to achieve a heightened awareness, and ultimately, to attain spiritual enlightenment. 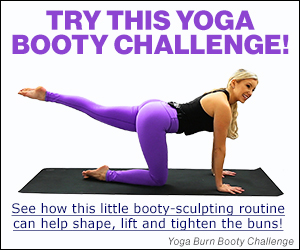